Sooooo. Remember all those fabulous engagement, and wedding pictures my photographer took of our wedding?  Yeah, I was one of the lucky few, who actually GOT their pictures.    I have endorsed my vendor to NUMEROUS clients, and friends, and it makes me sick to endorse anyone who doesn't deliver.  I feel I have failed them more than the vendor them self.

So, today, I take it back!  I take back the nice things I said, the endorsement, and I now WARN other brides to RUN like the wind from this vendor.

Matthew Vietti at http://www.matthewmichaelphoto.com/  your pictures are great, but you can't take over $2,000 dollars from a bride, and only deliver a handful of engagement pictures, and NOT deliver a SINGLE wedding picture for a bride who's wedding was on AUGUST, 21, 2010, and had been paid in FULL!!!!!   This is unprofessional, and absolutely unacceptable.  You should be ashamed. There is too much talent in this town, and too much competition to run a business like this.


BRIDES if you need a wonderfully talented Photographer email me, I will give you the name of trust worthy photographers, but I don't want their name associated with this post!
Posted by Mrs. DeForest at 2:24 PM 1 comment:

The Jr. League of Nashville has their annual Twice as Nice rummage sale THIS WEEKEND at the Tennessee Fair Grounds.  Don't miss it, Friday and Saturday only!!! 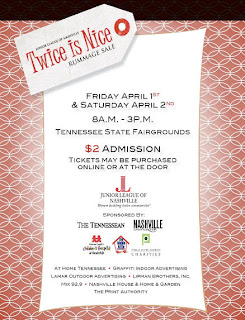 I have a Dirty little secret!

want to know what it is?  Well, I have been married for 18 months, and I haven't cleaned or preserved my wedding gown.....There I said it out loud!   I told my mother yesterday, I have to do this ASAP, this is ridiculous.  Here I am 9.5 months pregnant with a daughter who may, or may not want to wear it someday and I haven't cleaned my dress or preserved it! OUCH, life gets in the way sometimes doesn't it?

To that, my mom told me a HORROR story this weekend about a customer of hers whose daughter took her dress to a cleaners and they RUINED IT. Can you imagine?  To add insult to injury, this was not a budget bride, this was a $5K and up dress, that was RUINED, it was a one of a kind, gone, poof just like that.  I tell you this not to scare you, but so you ask for a reference before you go through with it.  Ask friends who they trusted their dress to and ask LOTS of questions.

Here is how the cleaning and preservation process work:

Ripped from the Headlines!

The event will be held Saturday from 6 a.m. to 9 a.m. at the Goodwill store in Rivergate.

The Wedding Gala is a fun event and an opportunity for brides with varying budgets to find the gown of their dreams for a fraction of the cost. In addition to wedding gowns, bridesmaids' dresses, mother-of-the-bride/groom dresses, flower girl dresses and even prom gowns will be for sale. All of the gowns, most of which have been donated by bridal salons throughout middle and west Tennessee, will be priced under $400.

Street Tuxedo has also donated tuxedos for this year's event. Last year, more than 500 people attended the event in its inaugural year, some traveling from as far away as Missouri. To see some of the dresses and tuxedos that will part of Saturday's sale, visit Goodwill's Wedding Gala Look Book

Have everything planned?  Good, have you scheduled your run through for your hair yet?  NO?  Good, here are a few trends in 2011 Wedding Hair.

There are no clear trends in hair styles, although wearing the hair in long romantic waves or loosely pulled back are popular choices for brides with long hair. Hair ornaments such as hairpins, brooches, and hair vines made with crystals, pearls, rhinestones, and/or silk flowers are also popular.
Beautiful tiaras and combs made with either rhinestones, crystals, or pearls have been the trend for many seasons and seem to be getting smaller as more crystal-embellished dress styles take center-stage. Some brides are placing their veils directly on their hair or using a single silk flower for a simple, classic look. Visit this hair gallery for hundreds of hairstyle ideas. 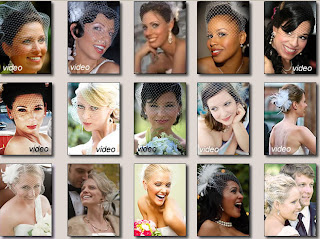 Posted by Mrs. DeForest at 2:12 PM No comments:

FREE photos!!! No for real FREE!

Do you want FREE photo's at your wedding rehearsal, rehearsal dinner, or maybe your Photo Booth?  Yes! you say?    How you ask?  Well my good friend, Nashville's own, Whitney Walter is your woman!   She is kicking off her photography business and wants you to be her subject!!

Give her a holler today @ whitney.mclure@gmail.com


P.S.  She can even hook you up with a great deal on centerpieces using 100's of glass vases and flowers.
Posted by Mrs. DeForest at 10:39 AM No comments:

Spring Brides, take it from her!

My friend Stephanie is not only stunningly beautiful but she is brave!  She braved the Tennessee Spring elements and created a beautiful back yard wedding, with all the eloquence of country club wedding.  Read her story here  to see how she coped with tornado sirens, heavy rains, and MUD, all while wearing a Monique Lhuillier gown! 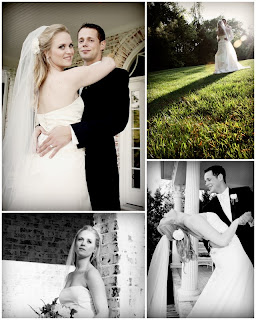 Posted by Mrs. DeForest at 9:57 AM No comments:

I do take two?

Thinking about renewing your vows?  Or having that wedding you never had?  Here are a few etiquette rules you should read up on from I DO! Take two!

Vow Renewals are not second weddings.

This an opportunity to reaffirm your marriage vows and love of one another, or perhaps a chance to have your marriage blessed by the church.

These parties are typically thought of as your “last night out as a single person”, so, as tempting as it may sound, the fact is that the last hurrah ship sailed a long time ago. You are a married couple.

Shower with love, not with gifts.

When it comes to vow renewals, encourage friends and family to shower you with love and support, rather than gifts.

Let your hair down.

The renewal ceremony is more of a simple, understated, private affair. Of course, there are exceptions to every rule. If you are recreating your original wedding ceremony, all bets are off.

Attendants become attendees.
Did you realize that attendants are basically witnesses? it is better to simply invite them as guests.
The only thing given away is your love.
Fathers typically walk the bride down the aisle during weddings, this doesn't seem appropriate for vow renewals because the couple is already married.  When it comes to reaffirmation ceremonies, the husband and wife could walk the aisle together or she should walk alone. While the couple’s children and grandchildren accompany her down the aisle, a procession is not necessary for this ceremony.
The traditional reception dances will be different.
The father/daughter dance just doesn't seem right, does it? After all, the wife has been living with her husband for some time. So, while you many not want to include all those traditional dances as part of your reception, you could still dance a couple’s first dance which will signify the first dance of the next phase of their life together.
Not so much a wedding cake as an “anniversary’ type cake.
The reaffirmation cake is sometimes recreated from the couple’s wedding, including the topper.  However, this should be more of an 'anniversary' type cake.  So, including writing on the cake would be appropriate.

Toss out the garter and bouquet toss.

You’re not alone if you find these traditions more than just a bit silly for a married couple.  Would you believe that both of these customs began as a way to keep wedding guests from tearing the bride’s clothes?!  It was viewed as good luck to snatch a piece of her clothing. Perhaps you can create a new tradition of your own, instead.
***Read up on your renewal, or second wedding before you start planning, you may be budgeting for things you just don't need!
Posted by Mrs. DeForest at 11:14 AM No comments:

Mrs. DeForest
I am an old Married woman, who started this blog when I decided to plan my BIG day in just 100 days. Now I search high and low for BIG budget savers to help you plan your special Day. I also offer Day of Wedding Coordination services to help you pull off that BIG day you planned so hard for.

Promote Your Page Too